Things to See and Do!

Take a trip along the Suir Blueway, experience the picturesque 21 kilometre cycle trail along the heritage Blueway towpath from Carrick-on-Suir through Kilsheelan to Clonmel. 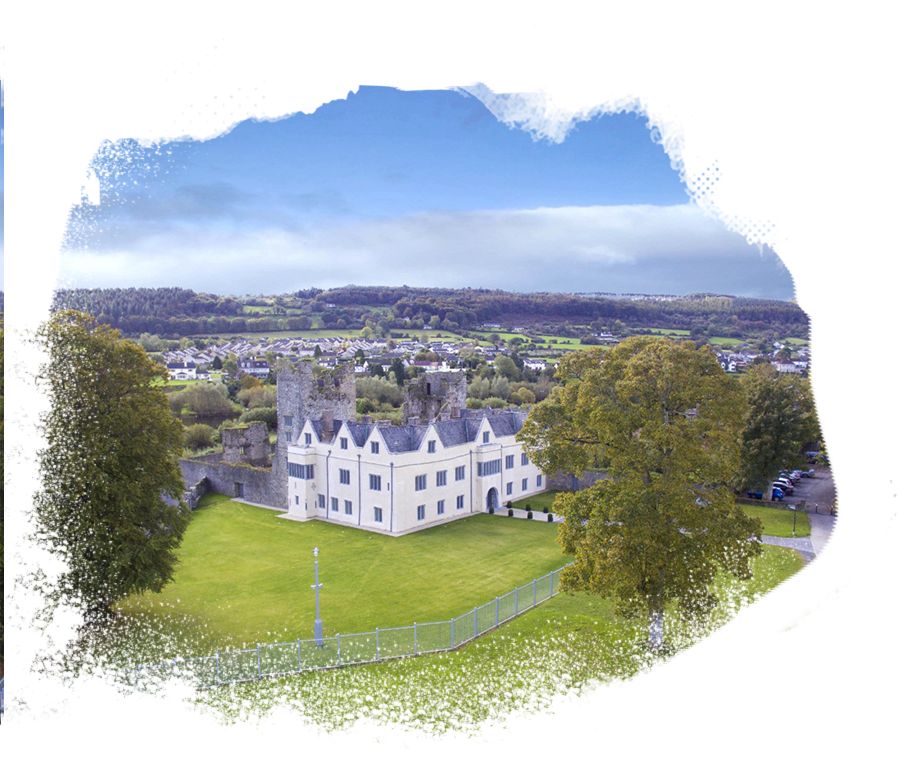 Ormond Castle is the best example of an Elizabethan manor house in Ireland. It was built by Thomas, the 10th Earl of Ormond in the 1309. Closely integrated into the manor house are two 15th century towers. It is the country’s only major unfortified dwelling from that
turbulent period. The state rooms contain some of the finest decorative plasterwork in the country, including plasterwork portraits.

Just across the River Suir is St Molleran’s Church. It stands on the site of a 13th-century friary, fragments of which are incorporated into the present building. The Earl of Ormond gave the land to the Franciscans, who occupied the site until the suppression of the monasteries under Henry VIII. The front wall stands as a reminder of the Great Famine; local people constructed it as part of a work-for-food project in the 1840s. 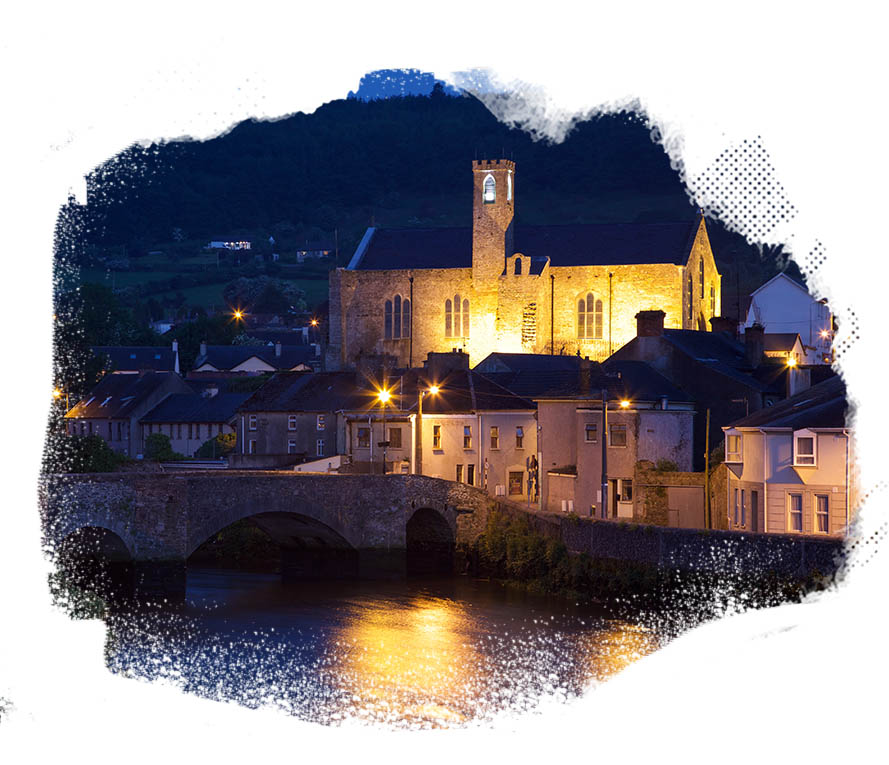 In the year 1306 a stone bridge was built linking Waterford and Tipperary, now known as the “Old Bridge”. This is one of the most handsome stone bridges in Ireland and it predates the voyage of Columbus to the New World. This was for centuries the first bridge above the
estuary of the Suir and hence of strategic importance as a link between South Leinster and East Munster. The city of Waterford downstream had no bridge until 1790s.

It is said that the science of constructing fishing weirs similar to this one at the very height of the tidal stretch of the river was brought to Ireland by the Franciscans. The tower on the Waterford bank overlooking the weir was built by Lord Waterford in 1820 ‘s and the fishing rights later transferred to the Davin Family. It is more of a decorativefolly than a deterrent to salmon poaching at the weir. 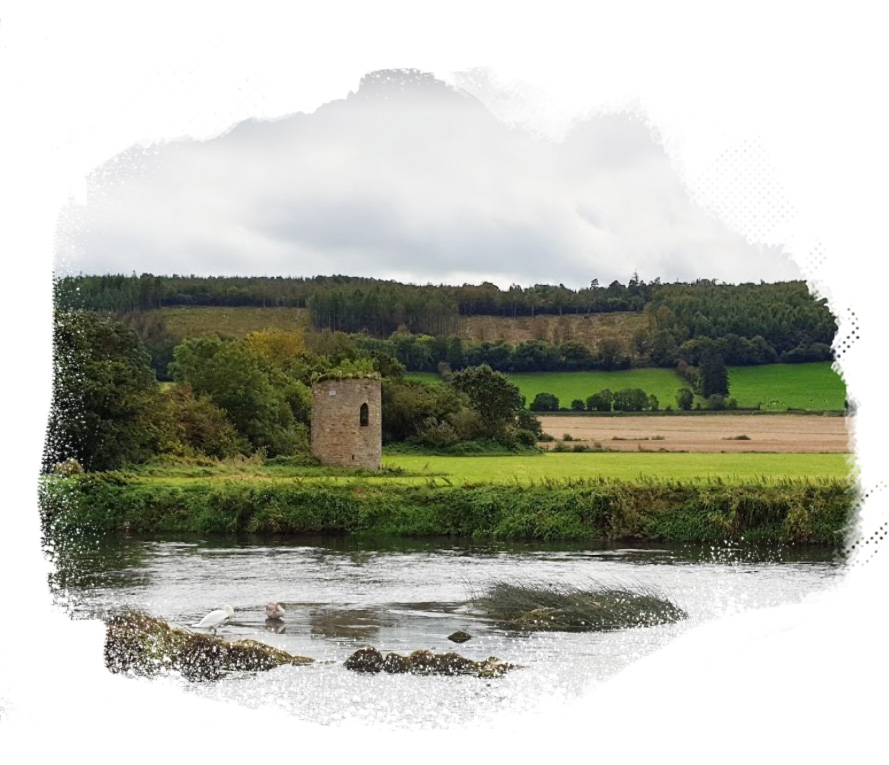 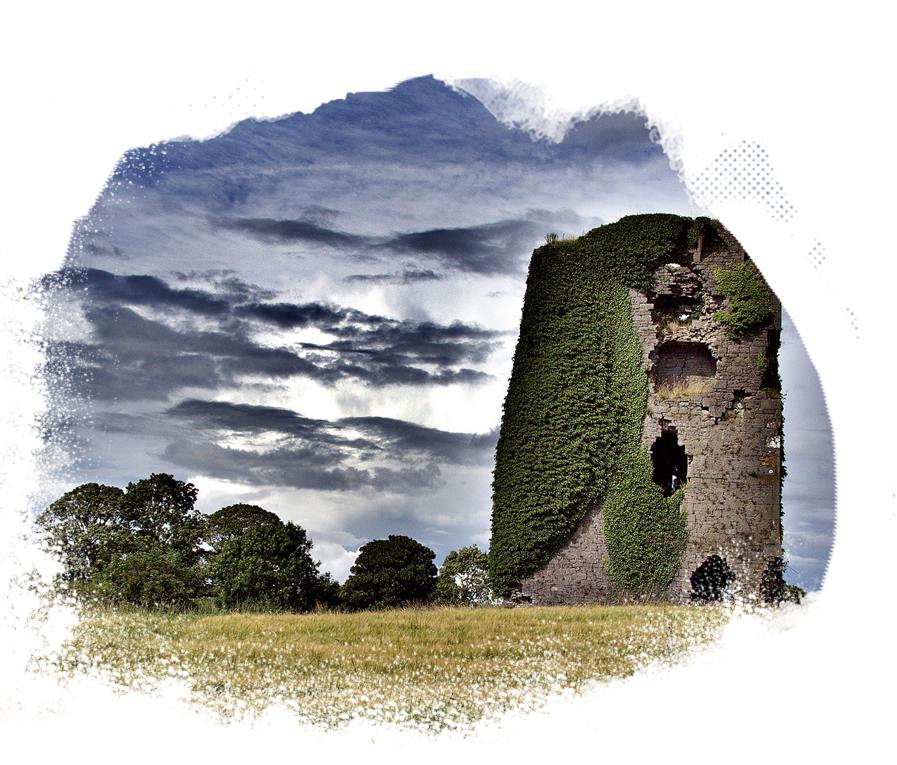 Dove Hill Castle is a 14th century tower or keep, erected by the Normans to keep watch on the river which was the main access route at that time. It was in the possession of Connel O’ More, a native Irish Chieftain in 1348. In 1542 it was garrisoned by Sir Thomas Butler of Cahir, but later taken back by the Earl of Ormond. A century later it seems that its 6 occupiers were massacred after failing to understand and surrender to Lord Inchiquin who was marching on Carrick after it had been captured by Cromwellian troops.

The remains of the ancient church on the south side of the river stand forlorn above an immaculately maintained burial ground of the former Parish of Dysart, one of 3 former parishes that now make up the Parish of Carrickbeg and Windgap. Here lies the remains of Colonel James Roche of Glyn Castle; the “Swimmer Roche” one ofthe foremost Williamite heroes of the Siege of Derry in 1689. In a corner facing the river is the gravestone of Maurice Davin, Carrick’s famous athlete and co founder and twice former president of the GAA. 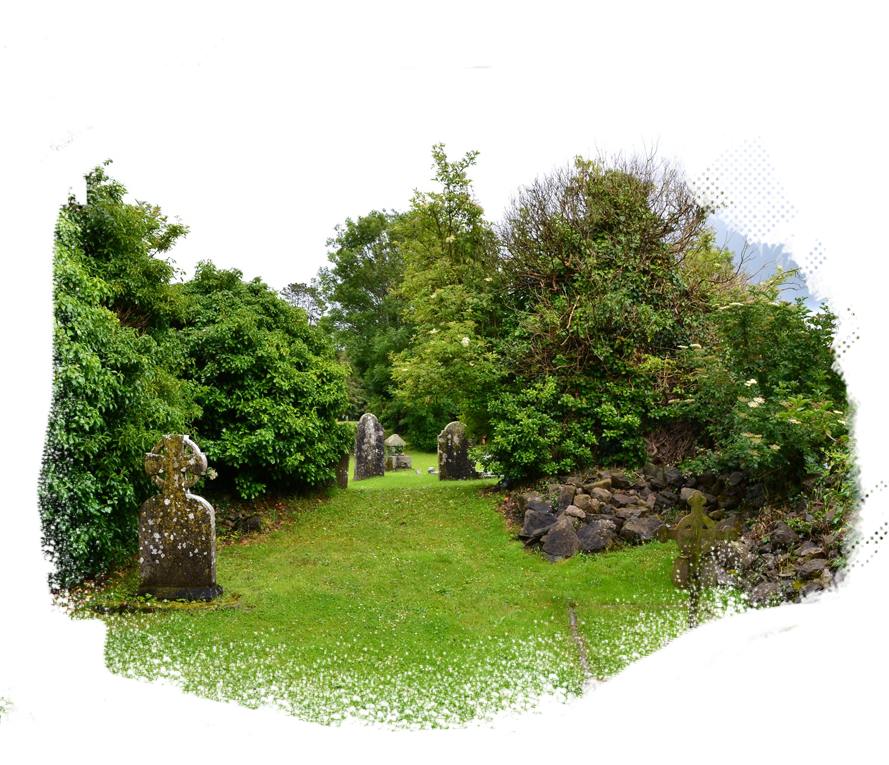 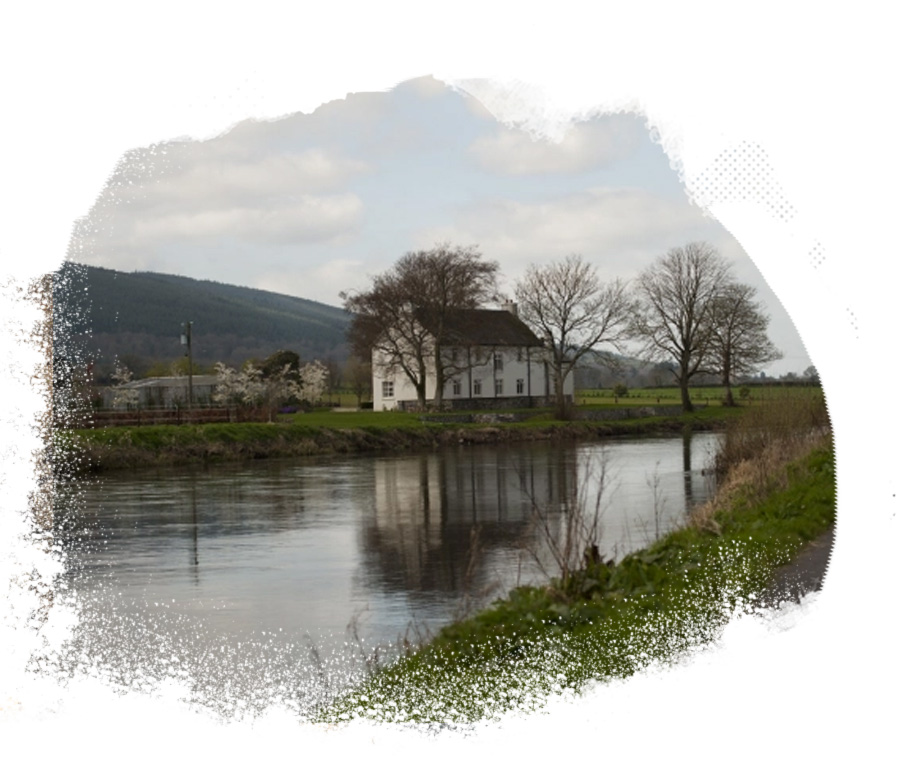 The house known as Glen (or Glyn) Castle was built by the Everard family whose lands were later confiscated and granted to Colonel James Roche in recognition of his role at Derry and who is buried in nearby Churchtown. In his final days it is said that he caught salmon whilst fishing from his own window sill. The house is built on the site of a more ancient castle, the partial remains of which can be seen from the Towpath.

This is more accurately a tower house rather than a castle, commanding a sharp turn and crossing point in the river. It is an example of a fortified gentleman’s dwelling from the period 1540 – 1600 and it was built by the one of the extended Butler family – Butler Fitzwilliam. The Butlers were tried on a number of occasions for extortion and seizing goods in transport from Waterford to Clonmel. 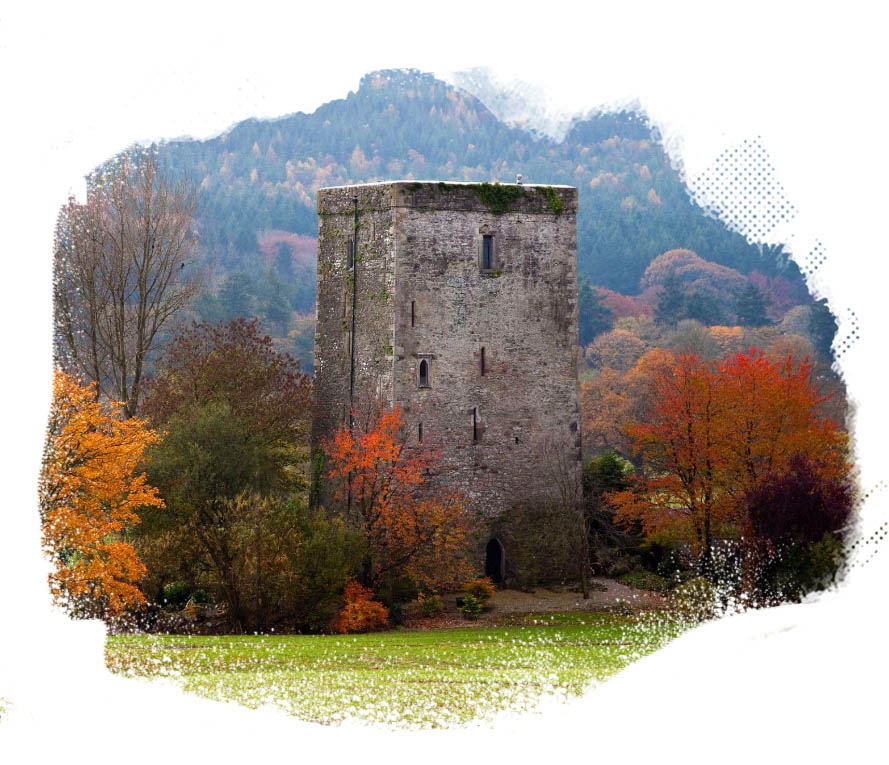 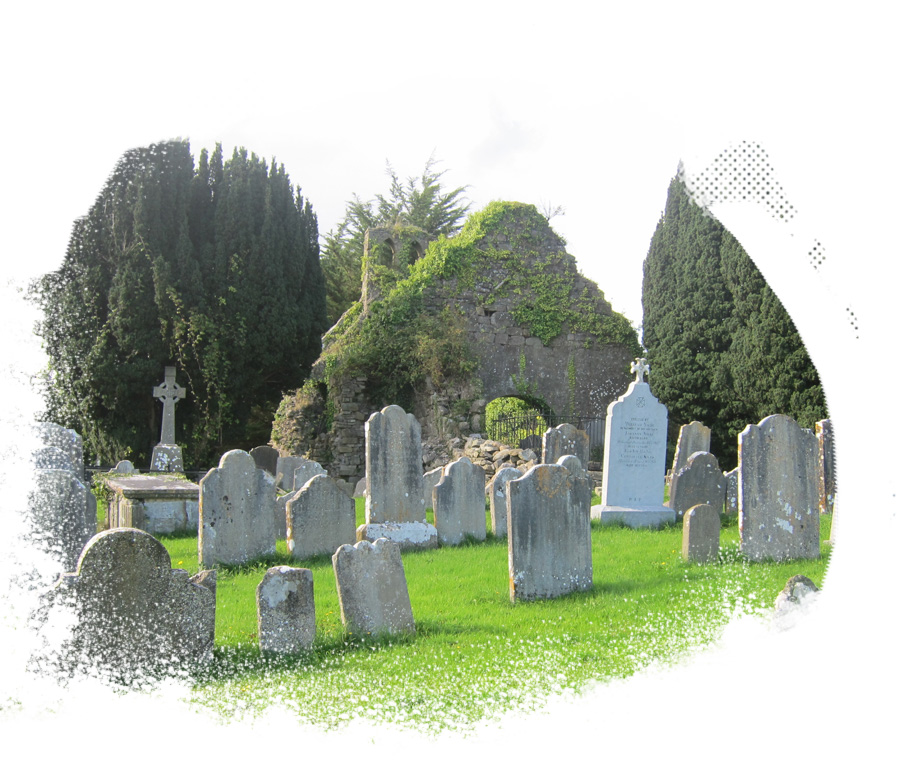 Kilsheelan (Síolán) … the church of Sillan–an early Irish saint who was abbot of Bangor Abbey, Co. Down and died in the year 608 or 610. The church ruins date from the 12th century and features an Irish Romanesque carved stone doorway. The attractive wildflower area between the graveyard and the river is a lesson from the local Tidy Towns group that Japanese Knotweed can be eliminated with perseverance and hard work.

This is a typical example of the Earthwork and timber keeps or mottes of the Anglo-Norman invasion of Ireland that were used to hold the country down during the military phase of the campaign in the 11th/12th Century. The “motte” is a Christmaspudding-shaped mound of earth constructed from the up cast from the excavation of the fosse around it, reaching in height to almost 10 m. The Grotto was created in 1948. 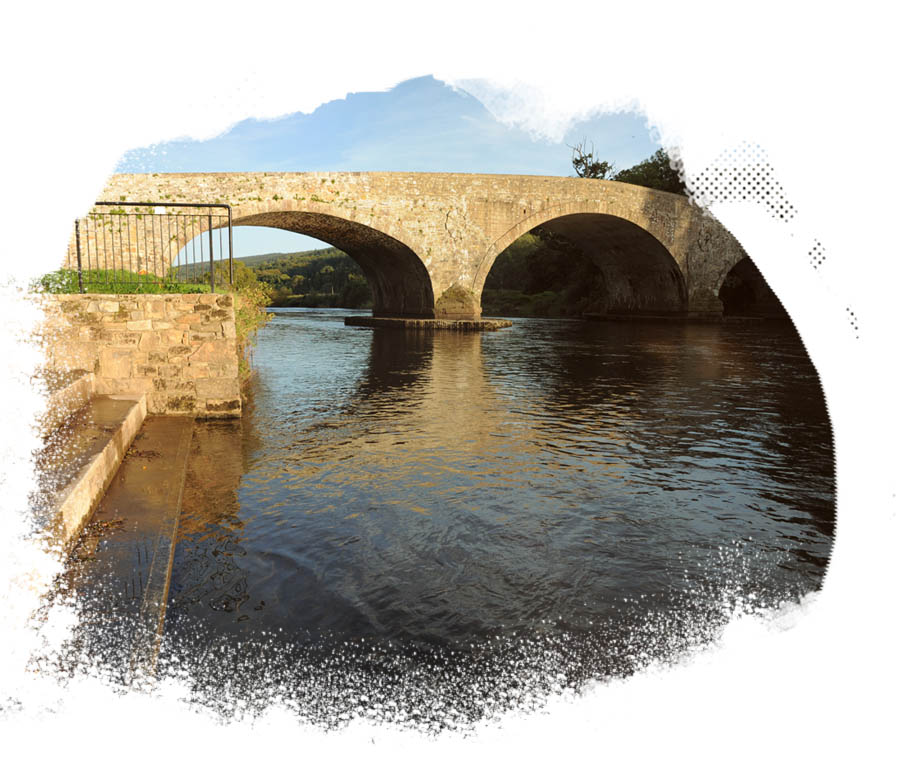 The attractive 3 arched humpback bridge with a smaller dry arch for pedestrian and barge activity was erected in 1820, almost 500 years after the Old Bridge in Carrick.

Gurteen Le Poer, a large Baronial house built in 1863-66 by Samuel Roberts for Edmund, 18th Baron le Poer and Curraghmore on the site of a Georgian mansion of 1826 which itself replaced an even earlier building, is set on the southern bank overlooking the River Suir. The Gurteen De La Poers lost out on a claim to be the rightful heirs of Curraghmore but the monument on the back road to Carrick defiantly records them as “De Jure” Lord Waterford. 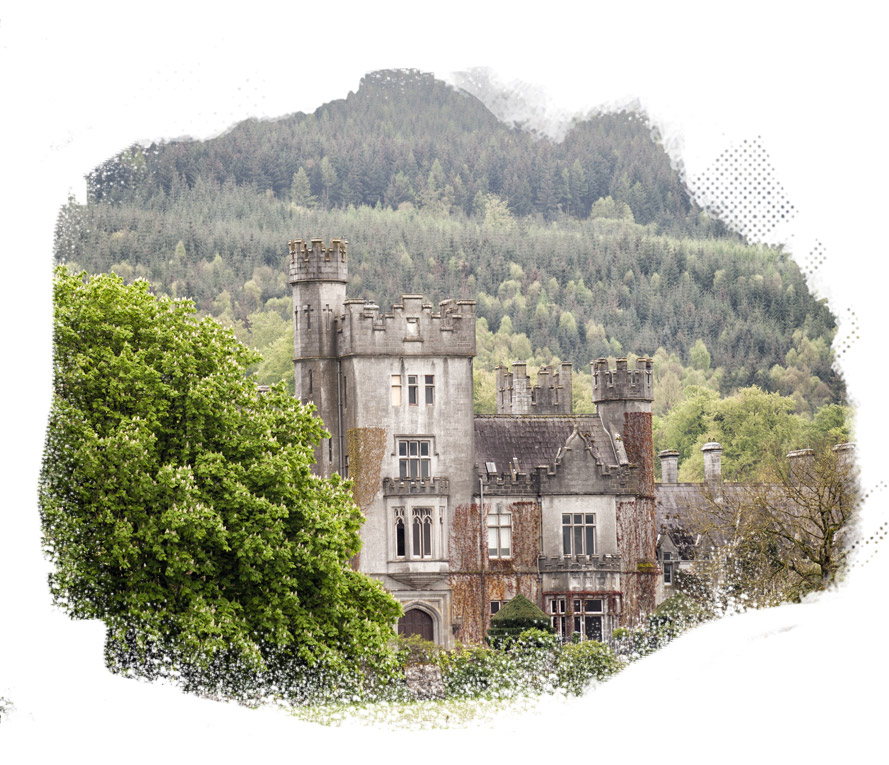 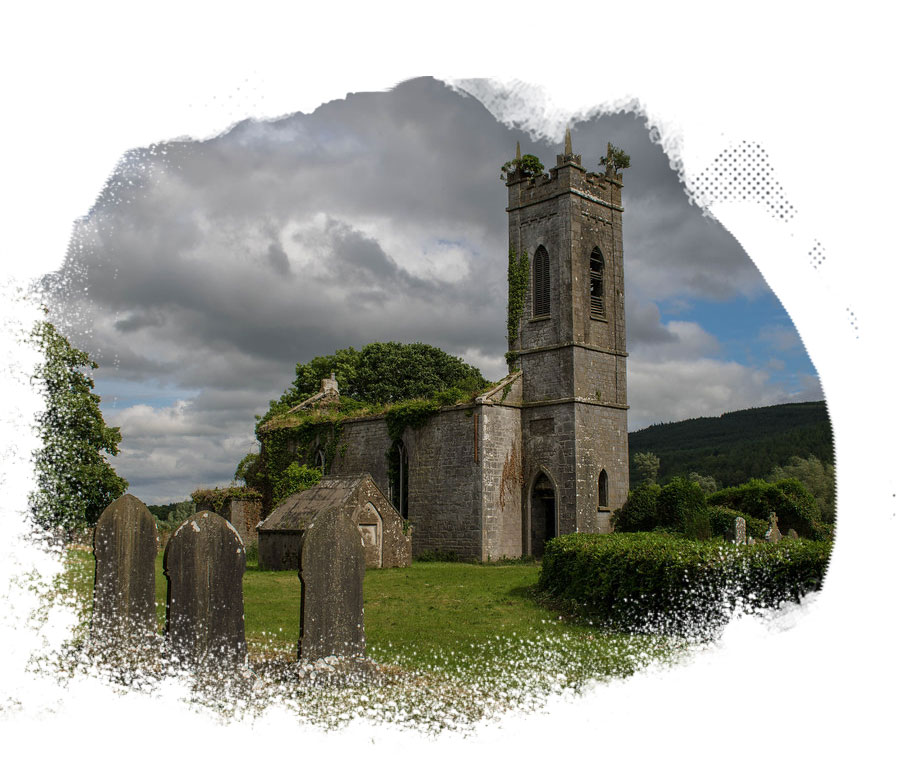 The roofless ruin of Killaloan Church is still attractive and remarkable for the excellent
quality of its cut stone finishes. The church was built in the period 1825 to 1827. The family vault of the Osborne family is found here in the mausoleum/ graveyard. The entrance (from the north) was realigned in the late 1800s to align with the entrance to the Osborne’s
stately Newtown Anner House.

Tickincor … the house at the head of the weir..here Alexander Power built his fortified house in Tudor style during the reign of James 1st. His lands were subsequently attainted and granted to the fanatical puritan and priest hunter Major Thomas Stanley. After his death the property passed to 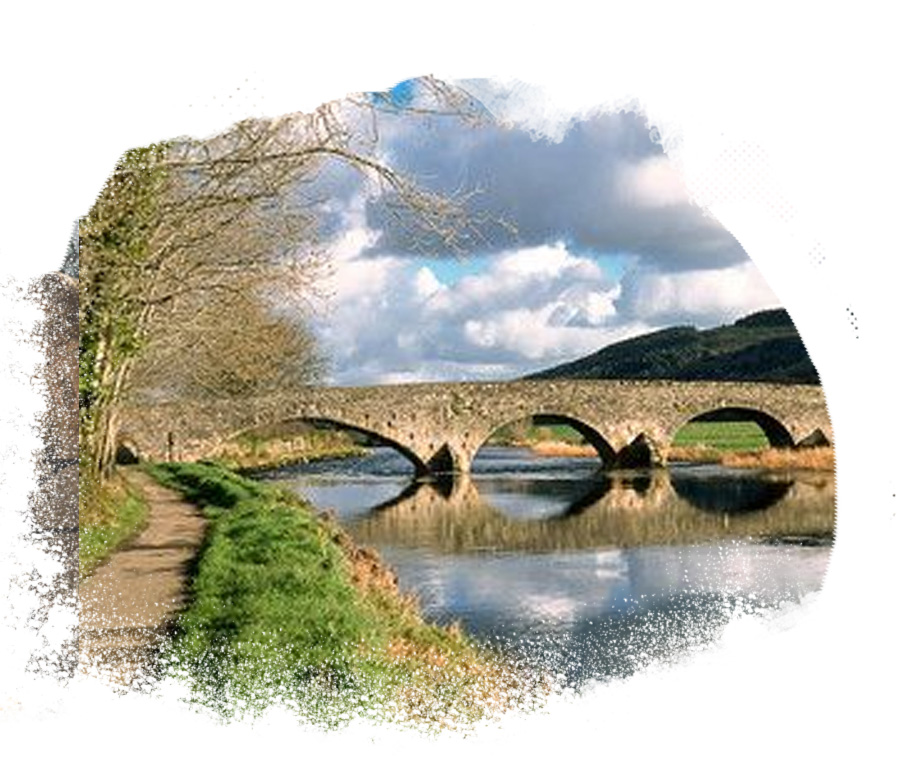 Sir Thomas’ Bridge was built in 1690 by Sir Thomas Osborne, who had lands on both banks of the river. He moved from Tickincor to a new dwelling on the north side of the river at  Newtown Anner. It was the scene of the sinking of the Avondale… a yawl with 13 tons of coal on its way from Carrick to Clonmel. A ballad was published in 1903 in the Nationalist commemorating the event called “The Wreck of the Avondale”.

The Malcomson’s, a Quaker family built up a commercial empire of international
importance, and at its peak included; shipbuilding corn milling, cotton manufacture, salmon fisheries, extensive railway interests, in addition to ownership of a coalmine in the Rhur Valley and a tea plantation in now Sri Lanka. They built the cotton mills in Portlaw and had a holiday home in Dunmore East. Thomas Malcomson’s neo-classical mansion, Minella was built in 1863 and became a country house hotel 100 years later in 1963. 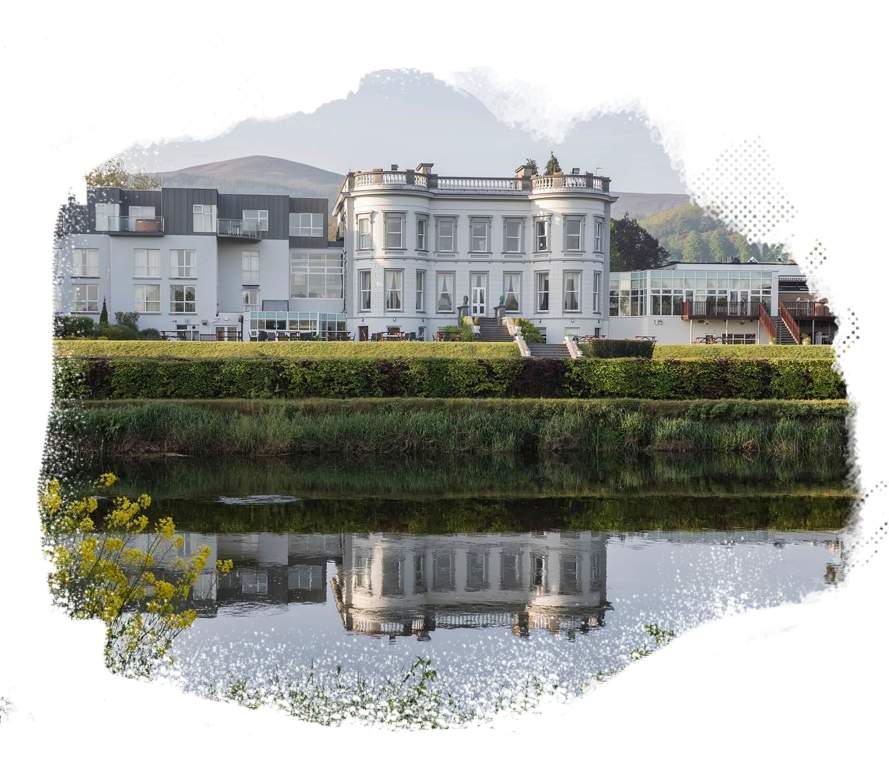 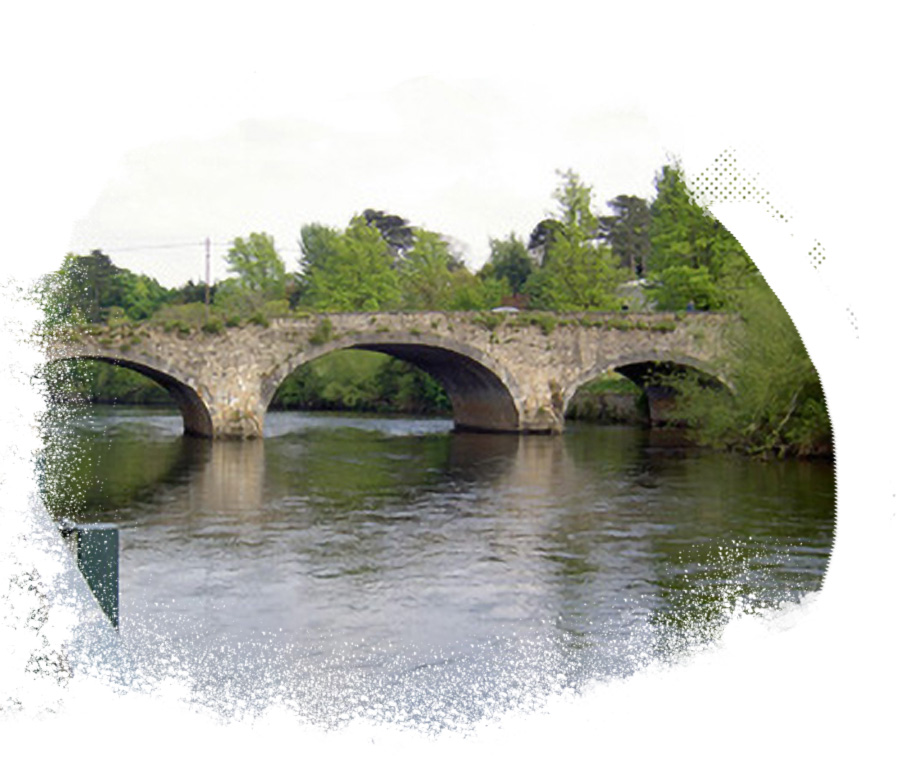 The 5 arch humped back Gashouse bridge signalled the end of the road for the horse drawn barges on the Towpath and would have been a welcomed sight after the hardships of the journey. The horses returned by the road and the barges or yawls floated back to Carrick with the current. The Gashouse Bridge was built in 1825 and has pedestrian arches on either side. The Old Bridge is a much older structure of medieval origin but that’s another journey
….beyond the Towpath.